All-knitter –  knitting all night
Body Bag – Where UFOs are stored.
CAL – Crochet-A-Long
CIP – Crochet in public
Darn Overs – (or DOs) the forgotten yo
DS – Destash.
FO –  Finished Object
Frog – Ripping out your stitches when you’ve made a mistake “rip it, rip it”.
FSOT – for sale or trade
Hiberknitting – Retreating into your own world of knitting.
HOTN – Hot off the needles
ISO – In Search Of
KAL –  Knit-A-Long
KIP – Knit in Public
Knit Trauma – lots of UFOs but still buying more yarn, patterns etc.
Knitflixing –  knitting while binge watching
Knitpicking –  weaving in the end.
Knitty Litter – Crochet and knitting debris left around the house.
KUI – Knitting under the influence
OKD – Obsessive Knitting Disorder
OTN – On the Needles
PHD – Projects Half Done
PIGS – Project in Grocery Sack
Procrastiknitting – Knitting instead of doing other things.
SABLE – Stash Acquisition Beyond Life Expectancy
SIP – Socks in progress
Squishy Mail – Yarn delivery
SSS – Second Sock Syndrome
Stash – Yarn collection.
Stash Busting – when you need a new house, because your current one won’t contain it.
Tink – (knit spelled backwards) Undoing your knitting one stitch at a time to correct a mistake.
TOAD – Trashed Object Abandoned in Disgust
UFO – Unfinished Object.
UFO Syndrome – The urge to start a new knitting project despite many UFOs already started.
URO/UO – Un-recognized Object
Vanilla – An easy pattern
WIP – Work in Progress
Yarn Barf – A big lump of yarn that comes out of the center of a new ball or skein of yarn.
Yarn Bomb –  the action or activity of covering objects or structures in public places with decorative knitted or crocheted material, as a form of street

The best way to use those holes in Crocs! 🤣 Know anyone that crochets that would love this?

I took these grannies two years to knit an incredible miniature version of their hometown of Thrapston, England. The team of knitting seniors, one as old as 93, say their crowning glory is the recreation of the St. James Church, complete with spire and stained glass window.

STAGE 1: YOU ARE FEIGNING INTEREST

You think that knitting is for bored people who have nothing better to engage with to fill their time. If you have a friend that knits, you may feign some interest but secretly you think that knitting was just something your grandmother used to do. When your friend posts the latest creation on Instagram, Facebook or Pinterest, you politely leave an encouraging comment.

STAGE 2: YOU ARE FEELING ACTUAL INTEREST

You have broadcasted to the world that you are going to take up knitting as well. You dive into your first project and then reality hits – it is harder than it looks. However, you don’t want to lose face so you persevere.

After gazillion attempts, you have finally managed to complete your first scarf (thank you YouTube!). You are feeling great and post your first creation for everybody to see.

You are forgetting to eat – everything revolves around your latest knitting project. You join Ravelry. You have started hoarding yarn and your life has changed forever.

You have tons of projects in the queue on Ravelry – everything from a lace shawl to a knitted sofa for the neighbor’s cat. Nothing is going to stop you in your endeavors … 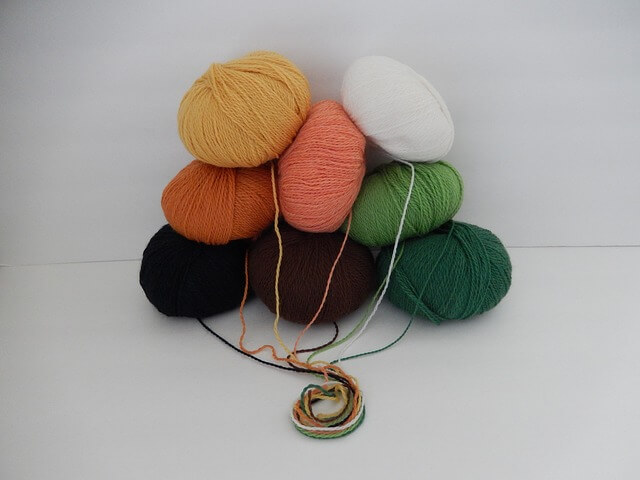 STAGE 7: YOU ARE DROWNING

You are drowning in the amount of yarn you have stashed everywhere: under the bed, at the back of the wardrobe, behind the sofa, in the spare room … In fact, you have amassed enough yarn to knit enough hats and scarves to clothe all your friends, the entire extended family and many, many more. However, you have yet to make one as you are still struggling with understanding the patterns .

You may as well admit it – you have a problem. You are suffering from a KNITTING ADDICTION and have become a dedicated knitter with all the habits that an all encompassing hobby entails.

Clever Gorilla Learns How To Knit

Have you ever been at a loss for ideas on how to strike up a conversation with a fellow knitter? Here are some knitting facts you can use as ice-breakers to get you started next time it happens.

Knitting is centuries old – since knitting materials tend to degrade with time, it is hard to pinpoint when knitting appeared. According to historical sources, it seems to have been brought by the Crusaders from the Middle East. The term “knitting” is mentioned in the 14th century for the first time.

A former type of knitting was done with just one needle. A cross over between knitting and crocheting was being practiced even by the Ancient Egyptians!

In the 16th century France, knitting was an occupation for males only. Go figure!

The first knitting machine was invented in 1589. The man who came with the idea was named William Lee and it was under the Queen Elizabeth I that this happened. From that point forward, knitting became a leisure activity mostly performed by hand inside the home.

During World War I, women had the national duty to knit socks, scarves and caps for the soldiers fighting across the battlefields. While many sent knitted items to their family members stationed in cold areas, others knitted for the sake of every soldier in the land.

Did you know that knitting can reduce heart rate, blood pressure and it relaxes, so that the body can fight illness better?

In the beginning, cotton and silk were more popular than wool as knitting yarn.

A book by Johann Siebmacher was published in 1611, as the first documentation of no fewer than 126 knitting patterns!

You may think that knitting needles should only be made of metal or wood, but back in the days they were made of far more exotic materials, such as ivory, tortoise shell or bones.

What do you think? Yay or nay on these yarn shoes?

This lady crocheted her outfit from grocery bags!!

Thought everyone could use a chuckle!  Note the hair styles.

The attention to detail is amazing. Would be fun to see in person.

You won’t believe your eyes ! This woman is absolutely amazing. The knitting is done with .01 wire and silk thread. Take time to scroll through this site.

Over 100 hours of knitting on a machine!!

If you made this rug would you let anyone walk on it? 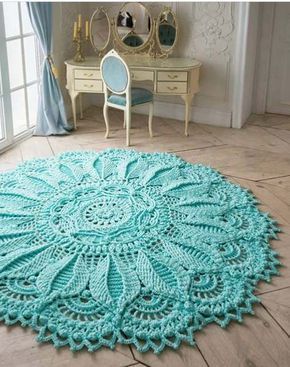 She started out as a secretary who had to shred documents and wondered what she could do with all that paper. Decided to knit with it. Very interesting.

1. According to the British Hand Knitting Confederation four million women and 448,000 men in the UK are interested in knitting and sewing.

2. In New York in 2014, David Babcock, a professor of graphic design in Missouri, set a record of 3hr 56min for running a marathon while knitting.

3. The first knitting union was founded for men only in Paris in 1527.

5. The record for most people knitting at the same location is 3,083 at a Women’s Institute event at the Royal Albert Hall in London in 2012.

6. The speed knitting record for most stitches knitted in one minute is 118.

7. Around the time of the Second World War, knitting was a slang term in the Navy for a girlfriend or girls in general.

8. The hook which holds the yarn at the end of a needle in a knitting machine is called a beard.

10. The first knitting machine was invented by English clergyman William Lee in 1589.

Details may be found at bhkc.co.uk

This 91 year old terminally ill, bed ridden gentleman has knit over 8000 hat for the homless! Amazing!!!

Who writes this stuff anyway?!